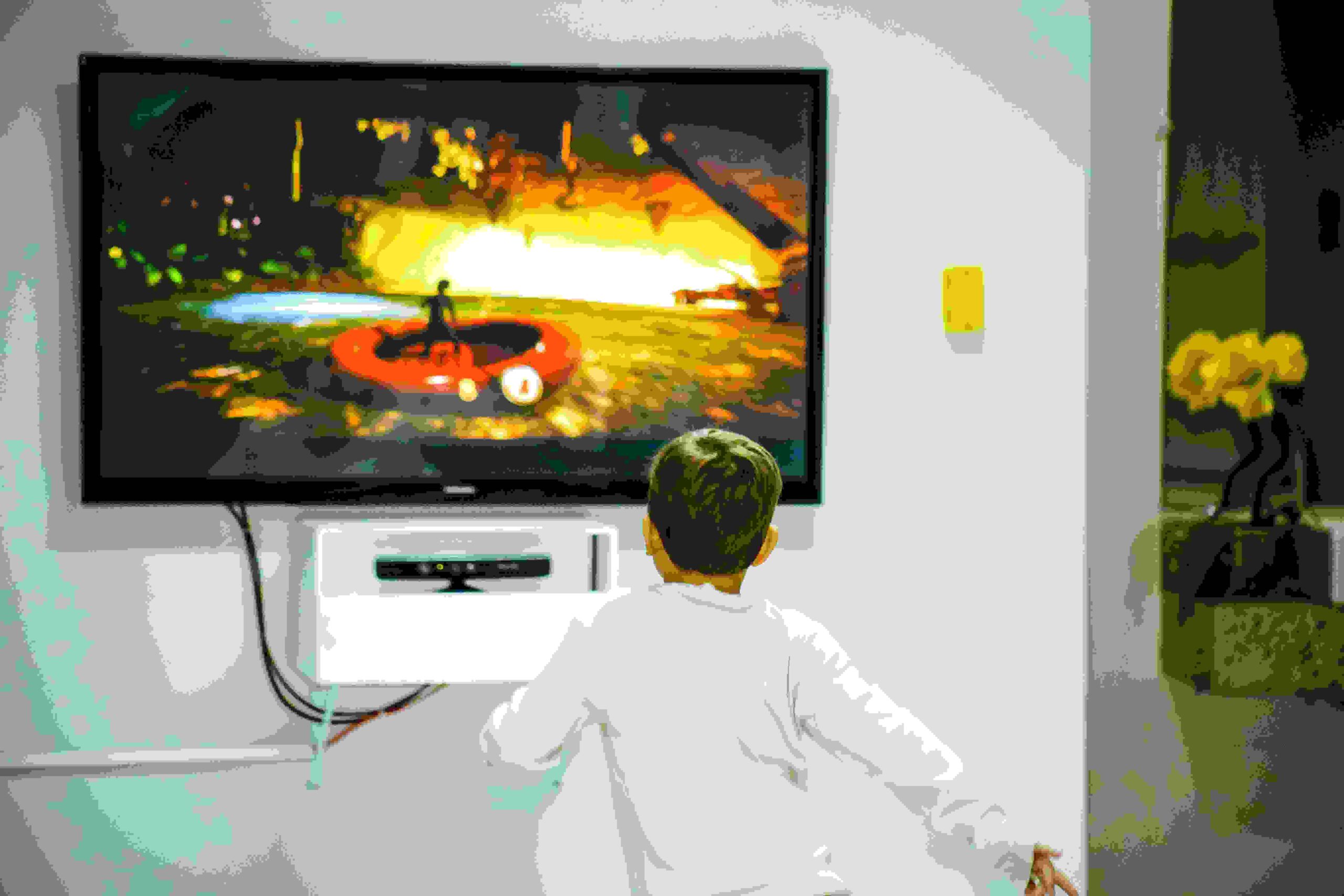 QLED vs. OLED-Which one should you buy in 2021? Well, I will be clearing all your queries in this article.

Hello wonderful people, I hope your day is going well.

I’m going to talk to you about OLED and QLED technologies. We’ll cover the differences between them, where each option may work better, and my overall opinion.

I want to emphasize that this won’t be a technical deep dive into how these technologies work. There’s plenty of great articles out there on this topic, and they’ve likely done a much better job explaining the technologies than I ever could.

Here, I want to focus on the result for you, a reader, and hopefully help you make the right purchasing decision if you’re thinking of buying a new TV.

So with that said, let’s first establish that choosing between OLED and QLED will probably be the most crucial choice you make when it comes to your next TV.

If you’re buying a new TV at this stage, you should go with 4K. Unless it’s like a small TV for the guest room, 1080p is cheaper and should still be good enough.

8K exists, but it’s still far away when it comes to content and games to support that resolution, so honestly, I’d say skip that for now. You’d be paying a massive premium for a feature you won’t be able to make good use of for at least the next couple of years.

The other thing to note is that OLED vs. QLED could also be said like this; LG vs. Samsung. Because LG produces every single OLED TV panel, and Samsung makes every single QLED panel.

Let’s talk first about QLED. The first thing to note is that a QLED TV is still an LCD TV, with some tweaks. The confusing part is that QLED sounds very similar to OLED, which might mislead customers into thinking that they are identical in their work, which is not valid.

QLED wasn’t even called QLED to begin with. Samsung first introduced this technology under SUHD, and I don’t know if that stands for Super Ultra HD or Samsung Ultra HD. But either way, that wasn’t working very well for them, so they decided to rebrand it to QLED.

One could argue, they did this intentionally to confuse people into thinking it was OLED.

Anyway, with regards to QLED, it is still using an LCD backlight to light up the image.

OLED panels do not have a backlight.

Each pixel can emit its’ light. So what we’re going to do is look at several categories and see where each technology wins or loses.

Now that’s not to say OLED panels don’t get bright enough – I can tell you from first-hand experience that my LG C8 is perfectly visible during daytime even if the sun is out.

So it’s not like back in the day with plasma screens where you had to close your blinds to be able to see.

But having said that, QLED gets brighter. So if you have a bright living room and watch a lot of TV during the daytime, you’re better off with QLED in this area.

Another advantage for QLED is Size options and prices. You can have a TV ranging anywhere from 43 inches up to a massive Ninety-eight inches, and on the larger end of sizing, QLED is far more affordable than OLED.

So if you need a gigantic screen and you’re not decked out in cash, QLED is the better option. At more reasonable sizes like 55 and 65 inches, prices are more closely matched, but still, with QLED being more affordable.

On the other hand, size could also mean the thickness of the TV.

And here, OLED destroys QLED. If you want to mount the TV to the wall and look almost invisible from the sides, OLED is the only option.

I also must mention screen burn-in. So this something that used to happen on Plasma TVs, but it’s also a possibility with OLED.

What happens is, if a static image or an image that’s not moving is displayed on the screen for an extended period, it’s possible that this could permanently damage the display.

You would see the remains of the image or the effect from the TV’s image even once the image changes. So when would this realistically happen?

Well, it could happen if you keep the TV on the same channel for hours and days, but probably more like weeks or months on end.

Then, something like the channel logo or some other part of the image that is always constant could create a so-called “burn-in” shadow.

Using an OLED TV as a computer monitor could also happen since the start bar would be displayed.

Now, in my opinion, this shouldn’t discourage the average user from going with OLED. Still, if you’re picking up the TV for a specific purpose, like to have it in a waiting room or as a commercial display in a store, you may want to go with QLED since QLED cannot experience this problem.

Let’s talk about black levels and contrast. Here OLED TVs reign supreme. Since OLED pixels can emit light individually, those pixels can turn off if there is a part of the black image.

QLED TVs cannot do this since the backlight has to be always on. Now they have tried to compensate for this somewhat with features like local dimming, which means for the darker parts of the image, the backlight reduces the brightness in those specific areas, but let’s say it’s a half measure.

For example, in movies, during night scenes ou will still see a slight glow on parts of the image that are supposed to be pitch black. Also, you have the letterbox bars at the top and bottom for film, which will be more noticeable on QLED panels.

Contrast is the difference between the darkest part of an image and the brightest part. As we discussed already, QLED TVs can get more luminous, and they must try to compete with contrast levels.

Since OLED TVs can turn off black pixels, they don’t need the bright part of the images to be bright and still have the same contrast level.

You could, therefore, also argue that OLED TVs are easier on your eyes. Let’s talk color space.

Before QLED came around, OLED was the clear, undisputed champion here as well. But one of the advantages of QLED over traditional LED panels again without exploring technical details is that they can produce more accurate and brighter colors.

So I think in this area, it’s pretty much a draw for the time being. Now let’s talk about using the TV for gaming. Here you have to consider factors like input Lag, Response Times, and Refresh Rates. These are all different things, and they don’t
matter much for watching TV or movies but can be crucial for gaming.

To keep it as simple as possible, I’ll say that OLED and QLED are excellent for gaming, with OLED having the upper hand in response times.

Response time is when it takes for a pixel to switch from one state to another. The lower this number is, the better and the crispier your image will be, especially during fast-paced action.

OLED TVs have much faster response times, around 0.1 milliseconds, ranging from 2 to 8 milliseconds on QLED TVs.
Input Lag is the delay between pressing the button on your controller and seeing the result of that on screen.

The refresh rate is the number of times per second the TV updates what’s happening on screen. Unfortunately, most TV manufacturers, including Samsung and LG, will try to trick you with fancy marketing about how fast their TVs can
refresh.

The most important thing to know here is that you can either get a 60hz or 120hz refresh rate as of right now. Any number above that, 240, 480, is just marketing and is not relevant for gaming.

Suppose you want me to explain why in another article– let me know. With regards to Refresh Rate, QLED and OLED are equally matched. Both have models that can do 60 and 120hz, with 120hz models being quite a lot more expensive.

So this is how good the image quality looks when looking at the TV from different angles other than just dead center.

With QLED, the image quality worsens the further you move side to side or up and down.

There’s pretty much no penalty to image quality or brightness with OLED, regardless of what angle you’re looking at it.

So if you like to have a movie night with the whole family gathered, OLED is the better option.

Power consumption OLED wins here too. As we’ve discussed already, OLED panels don’t need a super bright backlight, and they can turn individual pixels off when they are not being used.

The result is that OLED TVs are more energy-efficient and produce less heat than QLED TVs.

These days, we sometimes spend hours watching TV, so eye fatigue is a real thing and mainly caused by looking at the blue light. LCD-based TVs like QLED produce much more blue light than OLED TVs.

Now that’s nothing a particular pair of glasses can’t fix, but if it’s a concern for you and you don’t want to buy special glasses, OLED is the better option.

So let’s tally up the scores and see who the overall winner is.

OLED takes the cake for Black Levels And even for contrast.

The colors are a draw Gaming is close. I would almost say draw, but OLED has the response time advantage, so I think it deserves the win.

Viewing angles goes to OLED, And so does Power consumption, and so does eye comfort.

So the overall winner on points is OLED.

But I didn’t write this article to say one is better than the other. I wanted to show you where each one wins. Which one you should buy will depend on whatever you find most important.

Now I’ve tried to be as unbiased as I possibly could. Hopefully, I did an OK job at the end of the day.

I do own an LG C8 OLED TV. So what’s my experience with owning one? Simply put, it’s the best-looking TV I’ve ever seen.

If you’d like me to do a full review on the TV, let me know down below. But my little advice is this – if you find a good deal on an OLED TV and it’s within your budget – go for it.

In my opinion, OLED technology as a whole is superior. As always, thank you guys for reading – if you enjoyed, smash like, hit subscribe, and I’ll see you guys next time.