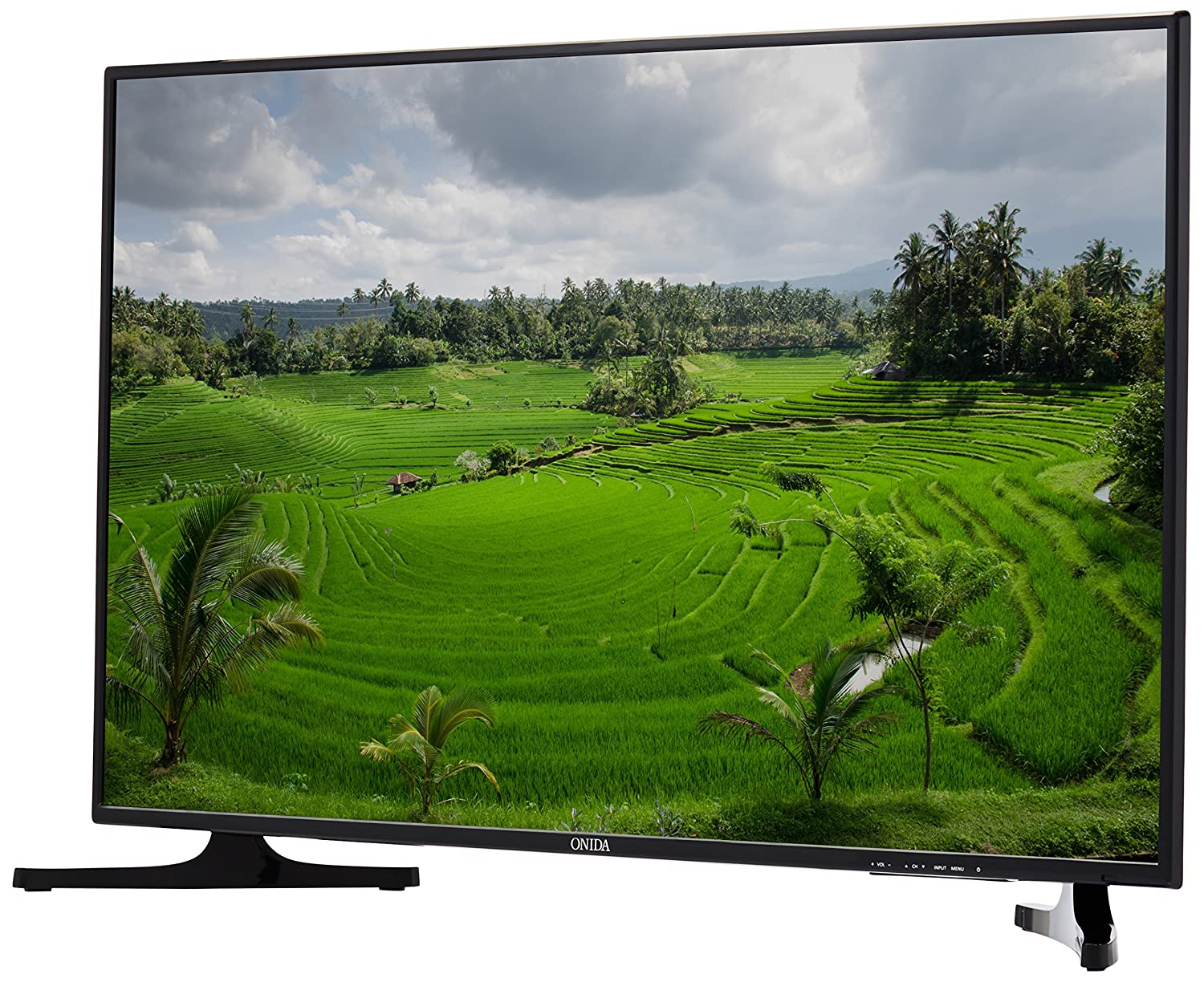 Hi, friends. Today, I will be writing the review of the full HD Onida fire TV 43 inches edition, which essentially means that this TV runs on the Fire TV OS, the same OS that’s found on fire TV sticks.

Before we get into anything, I want to give you the most important piece of information. To access the picture settings, you actually have to press and hold the home button for a couple of seconds, and then you get several different settings.

Also, you can go and change the picture and sound settings, so if you are on the hunt for the settings button out here, it’s not going to happen.

So let’s get into the review of this TV now, this is the first time we have seen a TV running on the Amazon Fire TV OS, but we all have become used to it simply because most of us, I presume, have used the fire TV stick in the past.

So let’s actually start with this remote control. Now, apart from the power button, which you need to point this remote on the TV to switch it on and off, you could literally point it anywhere and control it.

This is happening because things are moving in the background. It’s because, just like the fire TV stick, this doesn’t need to be connected to or pointed at the IR, which at this price range is really good.

The other features are pretty standard to what we have seen. You get the microphone button, back, home menu button, navigational buttons, ok playback controls. There’s a volume button out here which is there on the new fire TV stick remote.

But the biggest addition is, of course, the presence of the OTT platforms button, now we have Netflix Prime videos, ZEE5, Sony Live, this remote is by far the best at this price I mean, the only one that comes really close is the MI TV remote control which is also a really nice minimalistic remote control but thinking that we really enjoyed this remote control so much.

I really want one change in remote that instead of a permanent button for ZEE 5 SONY LIVE etc. if we could have three programmable hotkeys, it would have been really cool because in that case, I could have put one key on the hot star the other on YouTube, etc. this will actually make this remote more useful.

But overall, I am happy with this remote.

Coming back to the TV at hand, it has a full HD resolution. It is an IPS panel, and this is 43 inches now. If you are wondering that I can get 4K and I can get HDR, Please understand that this panel actually is really nice, we really like this panel, and we’re going to get into the details of that as well.

So kicking things off, with standards lew of content now, we usually play shows like altered carbon on Netflix, and it’s mastered in HDR, but you will only see it in full HD out you.

We have tested the 50 inches 55 inches 4k HDR TVs available from brands that produce TVs in this price segment, which is the budget price segment, and this TV performs better than those.

I mean, the colors are bright. You can see them in vivid. This TV has two picture modes called dynamic and standard. I recommend you keep switching between them because these are the two modes where you can actually get really nice punchy colors, and the dots don’t look really that dark, but you can actually see details and dark scenes.

You know, a show like our planet the season 1, episode 1, which has these beautiful god rays coming in from the clouds in a forest. It actually looks nice and green. The green in dynamic looks a little darker than we’d like it, but the saturation is good enough, and everything is visible.

You don’t have these patches of darkness, so you can’t make out what’s there, so that’s really good even if you watch full HD content. If you watch TV shows like, let’s say, “Young Sheldon,” everything looks it just looks so nice that you think, “Hey, this is a great all-around TV,” and the picture pre-sets are great.

There are no crazy motion flow settings.

The settings are easy to navigate, the TV is responsive. There’s barely any time that we’ve had a problem with the UI when we are navigating different shows, and that’s because everything is just built-in baked in a really fluid manner.

I have had the steamy crash on me literally twice, and that’s because I was trying to navigate too much too fast, and that’s okay. It works as well as a Fire TV stick.

When it comes to gaming again, all our games are played up in full HD. The Xbox One X showed us that this is a 1080p TV, and it ran all the games in Full HD. Again Assassin’s Creed Odyssey is our benchmark for HDR gaming; you can actually see what it looks like.

It looks lovely, and the TV also has a game mode where the picture settings are pretty much the same as the standard. Still, I think they implement something because the input lag is slightly less, so the controller was pretty responsive when we played games on this TV in the game mode, which actually worked.

Coming to the UI, now one thing to note is that if you have a fire TV take at home, you do get the Apple TV plus app on that, but on this, you don’t get it why it’s a question for us as well but apart from that this works the same as your fire TV stick does with of course the only change being one row of inputs.

A cool thing is you can actually go back in and change these inputs to, let’s say, a ps4 an XBOX the set-top box because you could literally do this HDMI to and it’s gone on to the HDMI to signal, so if you set HDMI to as PS4 or Xbox all you have to do is press and hold the voice button and say.

The voice controls on this TV work absolutely brilliantly to the point where every 10 times I said it gives the same result almost all the time.

For example, even if I say things like stranger things on Netflix and it’s just gonna open Netflixit’s gonna log in, and it’s gonna show me stranger things, if I had said play stranger things from Netflix, it would have actually started playing the last episode I stopped on I could even say something like cyberpunk 2077 trailers on YouTube.

It’s gonna give me a row of all the cyberpunk trailers that are there on YouTube.

I mean, the navigation of this TV is almost the same as the fire TV stick works, and that implementation is happening on this TV as well, even the fluidity we can see in real-time. I can confidently say that this works brilliantly.

So by now you actually think that we are in love with this TV. I’m going to recommend it but hold on; there are two things that we would like to touch upon:

So as a verdict, what we like to say is the picture quality on this TV is really really good it comes built-in with most of the OTT platforms that you would like to watch like I said the only exception is the Apple TV Plus app which I don’t think you’re going to miss unless you’re consuming content on that picture quality is great the UI is fantastic the remote control is functional and really really good voice commands work like a dream the audio from this TV is really bad, so that was our verdict what do you think of the Oneida fire TV Edition TV really long name I wish they would have just called at the Oneida fire TV but itis the only da Full HD 43 inch TV fire TV Edition whatever anyway it’s a great TV if you guys wanted with the audio being the only exception you can let us know what you thought of this review in the comment section below.