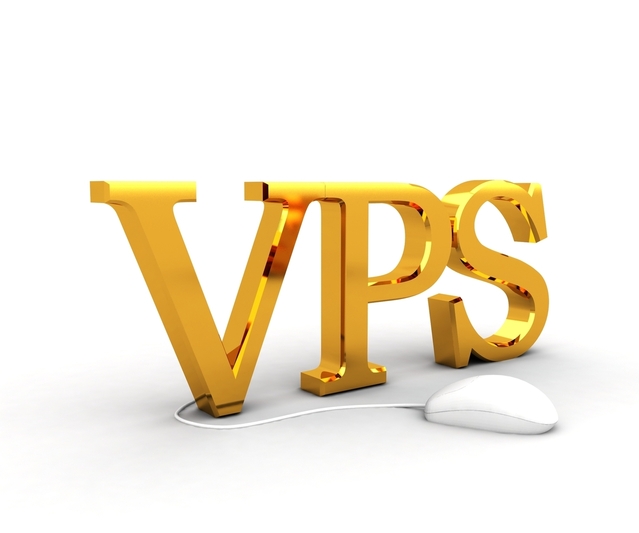 As the title suggests Hostgator vs Bluehost we will be doing the comparative analysis of these 2 web hosting site. While surfing the deep blue waters of web hosting sometimes you might stumble across some larger sharks or alligators.

It’s sometimes even hard to see what makes one provider different from another and to really see the different pros and cons you need to do a deep dive.

If it’s not yet obvious I’m gonna be talking about Bluehost and HostGator in this article. We’re gonna see which one’s better compared to the performance, support, pricing, and all of that good stuff so let’s roll.

Choosing between HostGator and Bluehost isn’t really even much of a choice in a sense, of course, the pricing is just 20 cents apart, the resources you get are suspiciously similar to each other and even the support panel is almost identical, but the question is why is that?

Well… if you’ve been following my article and post you would probably know that Bluehost and HostGator are actually owned by the same company Endurance International Group or EIG for short.

And amongst web hosting enthusiasts this company has got somewhat of a questionable reputation due to less than ethical marketing tactics that they employ at this point, EIG owns more than 60 Webhosting companies Bluehost and HostGator is one of them or two of them.

And the general consensus is that EIG is a very profit-driven company they cut corners, sacrifice underperforming projects, and funnel their resources into the projects that will make them the most money.

But why am I even talking about this and wasting your time? Well, I want for you to understand that you’re not choosing between 2 different companies you’re gonna choose the same company, either way, you’re choosing between two different products so which one’s better?

A 3-year basic plan with Bluehost will cost you $106, while HostGator comes in just a little bit cheaper at $102.

Keep in mind, that these prices are discounted with coupon codes if you want to use the same exact coupon codes you can get them by using the links.

However, I want to be completely transparent here and let you know that if you make any purchases through the links below I’ll get a commission.

These commissions are how I monetize my blogs without accepting sponsorship deals. And I know that it’s incredibly hard to trust a review this way and this could influence your buying decision that’s why I want to be upfront about it it.

I always do independent testing, research, and try to provide accurate and unbiased information.So, if you’re making a purchase consider grabbing a discount in the description.

Moving on even though the prices are virtually the same there are very slight differences in the features you’re getting. For example, HostGator gives you unmetered storage while Bluehost only gives you 50GBs.

But the storage is only different on paper because unmetered does not equal-unlimited they will still penalize you if you upload too much and in normal use cases you’ll never gonna come close to using 50 GBs.

So, the Bluehost plans might as well just say unmetered as well. In my experience, regular websites that most people have will vary anywhere from 1 to 5GBs in sizes. 50GB is not even close to being restrictive.

And you do get an SSL certificate for free with both providers. An SSL certificate gives you this lock next to your domain name encrypting the connection between the user and the server. It’s pretty much a mandatory security feature in 2020 so it’s always a pleasure to have this added in for free.

And in terms of pricing and the resources that you get would say that both Bluehost and HostGator are pretty much identical the only true difference is that Bluehost requires you to commit fora minimum of 1 year while HostGator allows you to buy a monthly plan.

Let’s not waste any time and jump straight into the performance test that I bought myself new Bluehost and HostGator plans I went with the middle options to get a nice ballpark estimate of what you can expect and I did 3 tests.

To be as fair as possible as I can I had to do some prep work first. I needed to create two identical websites and this is where the differences really started to show how Bluehost made the task of creating a WordPress website very easy.

All I had to do was to click my sites then go to add sites and choose WordPress after filling out all of the details the Bluehost did everything else automatically. After some tinkering around here’s the site I was able to make in around 10 minutes I would say.

Moving over to HostGator, things weren’t buttery smooth the default installer that they have on the dashboard right here just isn’t very useful. I just couldn’t get it to work properly. Thankfully there’s another solution by clicking the launch Cpanel button.

You will be taken to the standard Cpanel and once we scroll all the way down. There’s the Softaculous apps installer. This is a third-party solution not developed by HostGator and it works just fine. I was able to install WordPress quite easily using this solution. And then created an identical website with my Bluehost one.

The very first test I did was using a tool called a GTMetrix.  This will show how fast my website loads. Keep in mind, that I have 2 identical websites so the only difference is the hosting platform. In a surprising turn of events, HostGator was actually faster than Bluehost. HostGator loaded my website in 3.9seconds while Bluehostscored 4.3 seconds.

But in all honesty, both of these results just aren’t very fast, more premium web hosting services like SiteGround is able to load the exact same website in around 2 seconds which is twice as fast but it’s understandable as SiteGroundalmost cost 3 times more. Both Bluehost and HostGator are actually relatively cheap Webhosting providers that pack a lot of features.

So, naturally, something has to give, and in this case that something is well loading speed. But these are still acceptable results for a personal website and that’s what cheap hosting is best for small personal sites. Moving on I’ve tested out how stable both Bluehost and HostGator are using a tool called Pingdom.

It allows me to monitor my site24/7 and see exactly how long it was down. I’ve run a fresh new test for 7 days and again the performance here was almost identical. Bluehost was offline for just 1 minute during the whole weekend HostGator displayed no downtime whatsoever.

And finally, I’ve sent 50 bots to both websites to simulate users. Since before we did all of the testings with no users on our site in a real-life scenario you would actually have some traffic. First up was Bluehost I ran the test for 5 minutes and even at maximum load, Bluehost handled it well. There were no performance issues.

And then I repeated the exact same test with HostGator, the results were even better not a big difference but both web-hosting plans seem to have plenty of resources to handle stress without sacrificing speed or stability.

There are some unique advantages that both of these web hosting providers have that could influence your buying decision. So, I want to quickly go over them and see what’s up. Bluehost offers auto-updates with every single plan that you buy.

That means you do not have to go into WordPress and manually update plugins themes and the WordPress version itself. This saves like I don’t know maybe around 10 minutes per website per month.

Is this a big deal? Well yeah… For me personally at least.Because if you just have 1 website, might seem like a trivial thing, 10minutes per month but imagine if youhave5 or 10 or 800 websites. Yeah, you do the math.

You also get a free website staging tool this tool is still in beta but it’s extremely useful to manage your site properly. A staging feature allows you to create a copy of your site develop or change features and content that copy and if everything works, you just merge the live site with the staging one.

Your users won’t run into an under-construction or even worse a glitchy mess while you scrambling and running around to fix everything that’s broken. You’ll have a separate website that you can work on and make changes once you’re sure everything works fine you can just merge the 2websites seamlessly.

On the other side of the spectrum, we have HostGator which honestly doesn’t really offer anything extra special.  The only notable advantage it has over Bluehost is that it offers completely free site migrations.

So, if you already have a project hosted somewhere else HostGator engineers will move it to their hosting platform for free. On Bluehost, this is a paid feature. But you can easily do website migrations yourself and for free. Okay so, which one should you choose?

Well…virtually they’re exactly the same product under 2 different names. But HostGator feels like it’s an abandoned project…Just left there to live out its days.

In my opinion, Bluehost feels like an upgraded version of HostGator having more features, a better design, and more frequent updates. If I had to guess since both companies belong to EIGI think they just saw that Bluehost makes more money for them and they funneled resources into Bluehost more than HostGator.

So, if you’re choosing between Bluehost or HostGatorin 2020. I would recommend Bluehost you’ll just have fewer problems overall. But if you’re looking for an alternative to both of them, which is an independent company that recommends you check out Hostinger it’s a similar price range.

I hope you found this article helpful if you’re planning to make any purchases please consider using the links down below and support the blog. But for now, I hope you have a great day and good luck making your websites.

If you like to go through my other article on Webhosting please go through the below link.

Hostinger versus Bluehost – Which is better