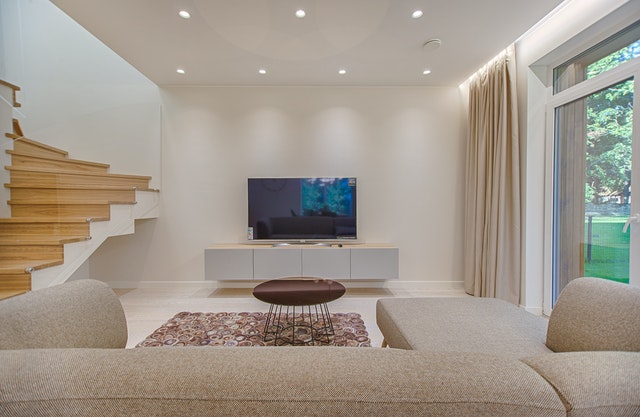 In this article, I will be reviewing Hisense ULED U6G TV.

Now the questions in our minds are:

How is the Hisense ULED U6G TV?

Is its brightness really 700 Nits?

Is it Truly better than other Budget QLED TVs?

Can we give preference to Hisense ULED TV over Samsung Au8000, AU9070, and Sony X80J? Let’s go into detail and find out.

After Samsung, Hisense and TCL are the two brands that have started manufacturing their QLED panels.

Hisense U6G is a QLED TV delivered in this company-branded box.

Hisense has termed its QLED TV as ULED, mentioned on this box, too.

This box also carries other highlights of this TV and has been declared as a MADE IN INDIA product.

Inside the box, apart from the TV, there is a grey-colored two-piece metallic table-top stand, a set of two triple A-batteries, a short AV cable, a remote, a warranty card, and this user manual guide.

Though not very good, the built quality of the TV can be termed as decent.

Leaving aside the stand, it has been entirely constructed out of plastic.

Despite the plastic construction, the TV is elegant in looks.

From three sides, this TV is bezel-less, and the lower bezel, too, is very slim, on the center of which Hisense comes printed.

On the lower bottom, at the back, the TV bears a self-designing on its plastic body, and the ports are located on the right side of the TV.

Apart from 3 HDMI and 2 USB ports, this TV comes with an Ethernet port, an AV-in port, a SPDIF port, a headphone jack, and an RF input port.

It has dual-band Wi-Fi and comes with Bluetooth v 5.0. HDMI CEC and ARC are there on this TV.

It comes with an A+ grade 60 Hz refresh rate 8-bit dithering VA panel.

For motion handling, it has Smooth Motion Technology.

According to the company, this TV has 72 dimming zones.

And its peak brightness is 700 Nits.

It comes with the support of all three, Dolby Vision, HLG, and HDR10.

According to the company, the Hi-View Engine on this TV carries out high-speed graphics processing.

And to optimize the picture quality, it works individually on the enhancement of every pixel.

On the audio front, this TV comes with two 24 Watts speakers that support Dolby Atmos and Dolby Digital.

This QLED TV also has a multi-channel surround sound system.

This is an Android Smart TV, which comes with a QuadCore Cortex A-53 64-bit processor.

It has 2 GB RAM and 16 GB Storage, apart from having Google PlayStore on it.

Built-In Chromecast is also a feature of this TV.

Now let’s talk about the actual performance of this TV.

This is a 4k QLED TV, the only difference between a 4k & QLED TV is that in a QLED TV, the lights of its LEDs are passed through a Quantum Dot film, which in turn enhances the brightness and colors of the TV.

For those who are unaware of local Dimming, I would like to apprise them that in this TV, LEDs are aligned all over the back surface.

For example, if a dark sky is filled with stars, you will get a more realistic image of this scene on a Full-Array local dimming TV.

In this Star Wars intro, stars will appear brighter and more in numbers on a TV exhibiting Local Dimming.

Local Dimming enhances the contrast ratio of a TV, due to which, Blacks appear more profound, and the white portion appears brighter on it.

This is why it is easier to obtain a dynamic picture in a Full-Array local dimming TV.

Though this Hisense ULED U6G TV is much brighter than all other TVs of the budget category, it does not mean that its brightness is 700 Nits! The peak brightness of this Hisense QLED TV is around 450 Nits.

But, at this value too, it is the brightest TV under Rs 1 lakh.

Coming to its local dimming feature; It has 64 and not 72 dimming zones as claimed by the company.

However, they are unaware of the fact that the TVs sold there, with the same model numbers, are different in performance from their Indian counterparts.

The Rating website gives an approximate number of 32 dimming zones for the 55 inches Hisense QLED TV, which is pretty different from the model sold here in India.

To know the dimming zones, you need to keep the TV on its brightest and highest Local dimming settings apart from keeping the TV in a complete darkroom.

There are eight zones on its horizontal row on this TV, and the same eight zones are seen on its vertical column.

Multiplying the number of zones in the horizontal rows with those in the vertical columns gives you the number of total zones, which are 64 on this TV.

However, this is not an exact number as dimming zones are not evenly distributed on a budget category Full-Array TV.

The more dimming zones on a TV, the more accurate and better would be its performance.

A TV with a minimum of 100 dimming zones is considered an excellent Full-Array TV.

However, the 64 dimming zones on this TV are also decent for the price point.

Though on this TV you don’t get that vibrant colors as seen on Samsung QLED TVs,

the color accuracy is pretty good. And, you get to see more details in the images.

On Samsung QLED TVs, Blacks are more profound than on this Hisense ULED U6G TV, but, they are very overpowering and tend to hide the more delicate details behind them.

Whereas, on this Hisense ULED U6G TV, you will not find any such problem.

On this ULED TV, you get to see a detailed and dynamic picture.

For example, if you look at the field, through which you will come to know the difference between a Full-Array local dimming TV and a regular 4k TV.

On this Samsung AU8000 TV, the different areas of the field do not show much demarcation as that seen on this Hisense TV.

These dark color patches are more visible on the Hisense TV than that on the Samsung TV.

Even in the colored background, the different shades, which this Hisense TV is able to exhibit, are being missed by the Samsung TV.

On the Hisense ULED U6G TV, all details are well accentuated, whereas they are getting lost on the Samsung TV.

Due to local Dimming on the Hisense TV, dark and light shades are getting beautiful displayed as LEDs; apart from getting dimmed, switch on and off according to the scene’s requirement.

However, some details are still more visible on the Samsung TV than the Hisense TV.

This is because the local Dimming on Hisense TV is not very effective.

When scenes change quickly, the local Dimming of this Hisense ULED U6G TV fails to keep pace with that swiftness.

It fails to differentiate between brightness and darkness that swiftly because the LEDs of the dimming zones do not get switched on or off that effectively.

However, this difference is not so glaring and can be overlooked as only an expert can see through it.

While watching regular SDR videos, this Hisense TV’s uniqueness might not be as evident as marked while watching HDR content.

Because of this, the dark scenes of HDR10 and Dolby Vision content get played more beautifully on this Hisense TV.

Details in Dolby Vision scenes that you would miss on other TVs are very detectable on this Hisense TV.

Dark scenes, too, are enjoyable on it.

In the Motorola QLED TV, hardly any details were visible during this scene, but, this Hisense TV is displaying much better details even in darkness.

So, this is the difference between this TV and other budget QLED TVs.

Though motion blur is not very noticeable on this TV, it is unavoidable during the fast action scenes.

It would be better to switch the motion settings while watching average content.

As picture clarity gets compromised without bringing any effective change in the motion blur status.

Now, if you compare this Hisense ULED U6G TV with any higher brand Full-Array backlit TV, Hisense would score low as it has fewer dimming zones. Apart from this, the TV’s performance also depends on the quality of the LEDs used.

The higher brands Full-Array TVs have more dimming zones, and even the quality of their LEDs is superior.

But, considering the price point at which this Hisense ULED U6G TV is being sold, it is an excellent performer.

When I compared this Hisense ULED U6G TV side by side with its own company’s best performing Toshiba 4k TV, I could easily mark the difference in brightness and richness in displaying details during the dark scenes of Dolby Vision content.

This Hisense Full-Array TV easily beats Toshiba U5050 in both these aspects.

While watching HDR10 and Dolby Vision content, details are more visible on this Hisense TV.

Coming to its audio, the sound of this TV though pretty loud, is not refined.

The bass is hardly audible, and nothing makes its audio stand apart.

Though the picture quality of the Motorola QLED TV did not appeal to me much, its audio had a richness accompanied by a good bass too.

You don’t get to hear any Dolby Atmos effect on this Hisense ULED U6G TV. In fact, during action scenes, the sound appears jumbled.

This Hisense QLED TV is an Android Smart one with Android 9.

The OS, though two-generation old, does not affect the browsing experience. All applications play smoothly without any lag.

You can play almost all applications and even use it as a PC monitor. As a monitor, this TV’s performance is pretty good.

Chromecast, too, works smoothly on it; you can enjoy your phone content on the big screen.

Playing games on this TV is a pleasant experience, as its brightness is pretty good, it has low input lag and a pretty good response time.

Though its HDR peak brightness is not different from its SDR brightness, HDR gaming is more enjoyable on this TV than other budget TVs as it has a good brightness.

Though the 60 Hz refresh rate fails to stop the motion blur during fast action scenes of regular content, in the game mode, motion blur looks more controlled, even during the immediate action scenes.

In the end, I would conclude by saying that this Hisense ULED U6G TV not only beats the other budget category TVs by its performance, but it also gives tough competition to the entry-level TVs of the branded category.

It leaves them behind or performs equally well.

Though this Hisense QLED TV comes with Dolby Atmos and by connecting it to any good Dolby Atmos home Theatre, you can get the whole experience of Dolby Atmos sound.

The absence of HDMI eARC or HDMI 2.1 is undoubtedly a drawback for this TV.

And then, the Android 9.0 OS is two-generation old.

Banding on light Blue Sky or plain grey background is also occasionally visible on this TV.

This banding is very rare, even in the entry-level TVs of the higher brands.

No doubt the picture quality of this TV is remarkable,

You don’t get to see on any other budget category TV; when it comes to aftersales services, they are highly unresponsive.

The company’s dependency on the Third-party for services makes even this good picture quality TV a dull package.

Samsung and Sony TVs come with reliable aftersales services, which you will never get with this TV.

So you have to compromise somewhere!

I hope you have found this article helpful.

I would urge you to please go through my other article on Hisense TV.